Quin Friary is a well-known visitor destination in Co. Clare. Less well-known perhaps are the earthworks that are located in the fields next to the medieval friary. These features present as mostly positive and sometimes negative 'humps and bumps'. These earthworks seem to represent the remnants of rectangular structures of a variety of sizes, set within a network of roadways and land divisions. Although recognised for many years, the earthworks were never dated but were thought to perhaps represent a Deserted Medieval Village. There are few deserted village earthworks in Ireland and even fewer have been archaeologically examined.

In September 2016, with the consent of the statutory authorities, Graham Hull of TVAS and independant archaeologist Joe McCooey led a project to investigate the Quin earthworks by the excavation of two trenches. The aim was to find evidence of structures associated with the friary, locate artefacts and features associated with military occupation, identify burning and destruction from the medieval to post-medieval periods or provide evidence of vernacular medieval or post-medieval dwellings.

The excavation was undertaken by volunteers from the local community and further afield, including several professional archaeologists, and attracted considerable public attention that brought visitors from home and abroad and a very large number of school students from Quin, Tulla and Ennis. Local press coverage was also very welcome and we made the front cover of The Clare Champion two weeks in a row! 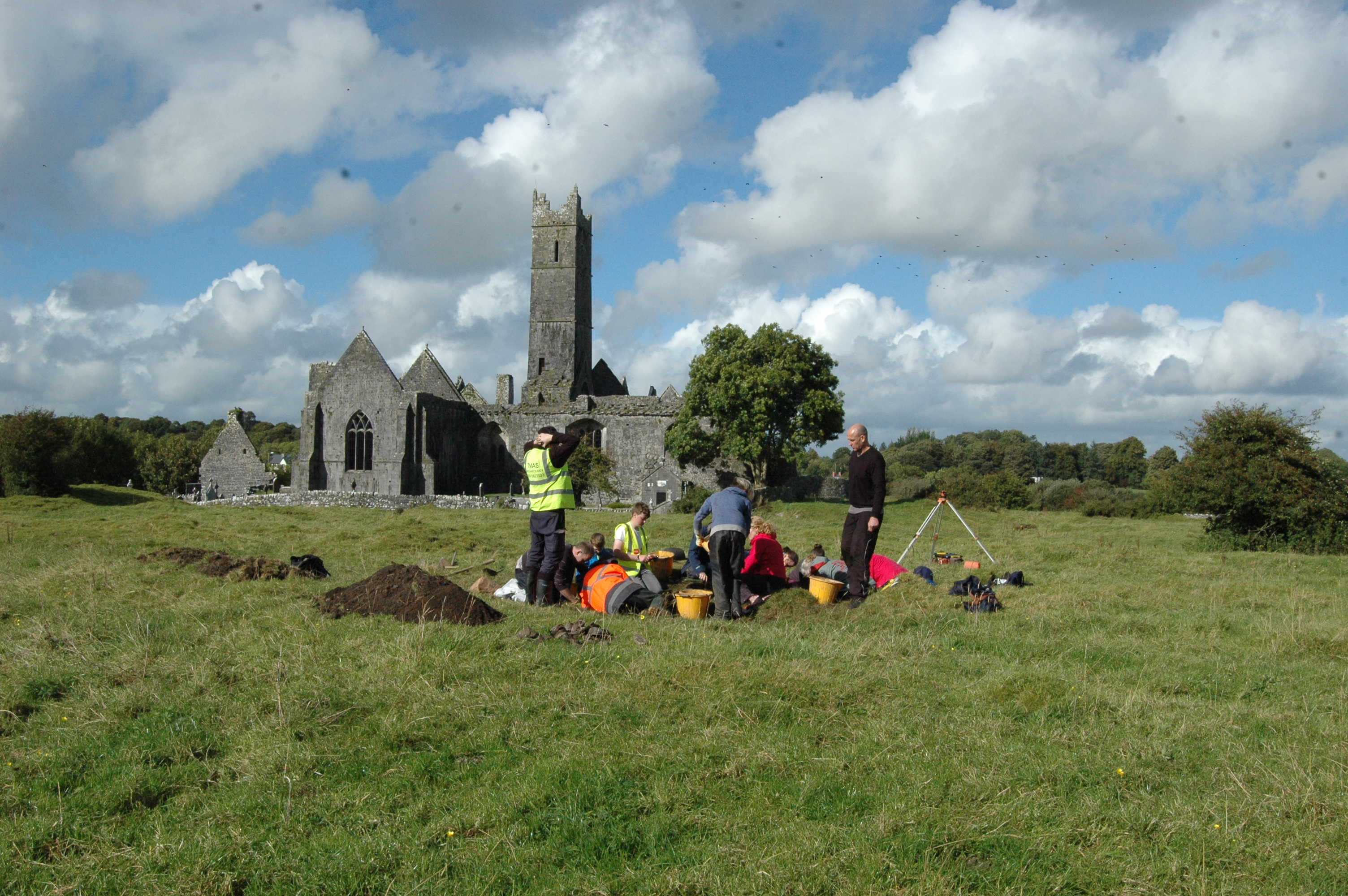 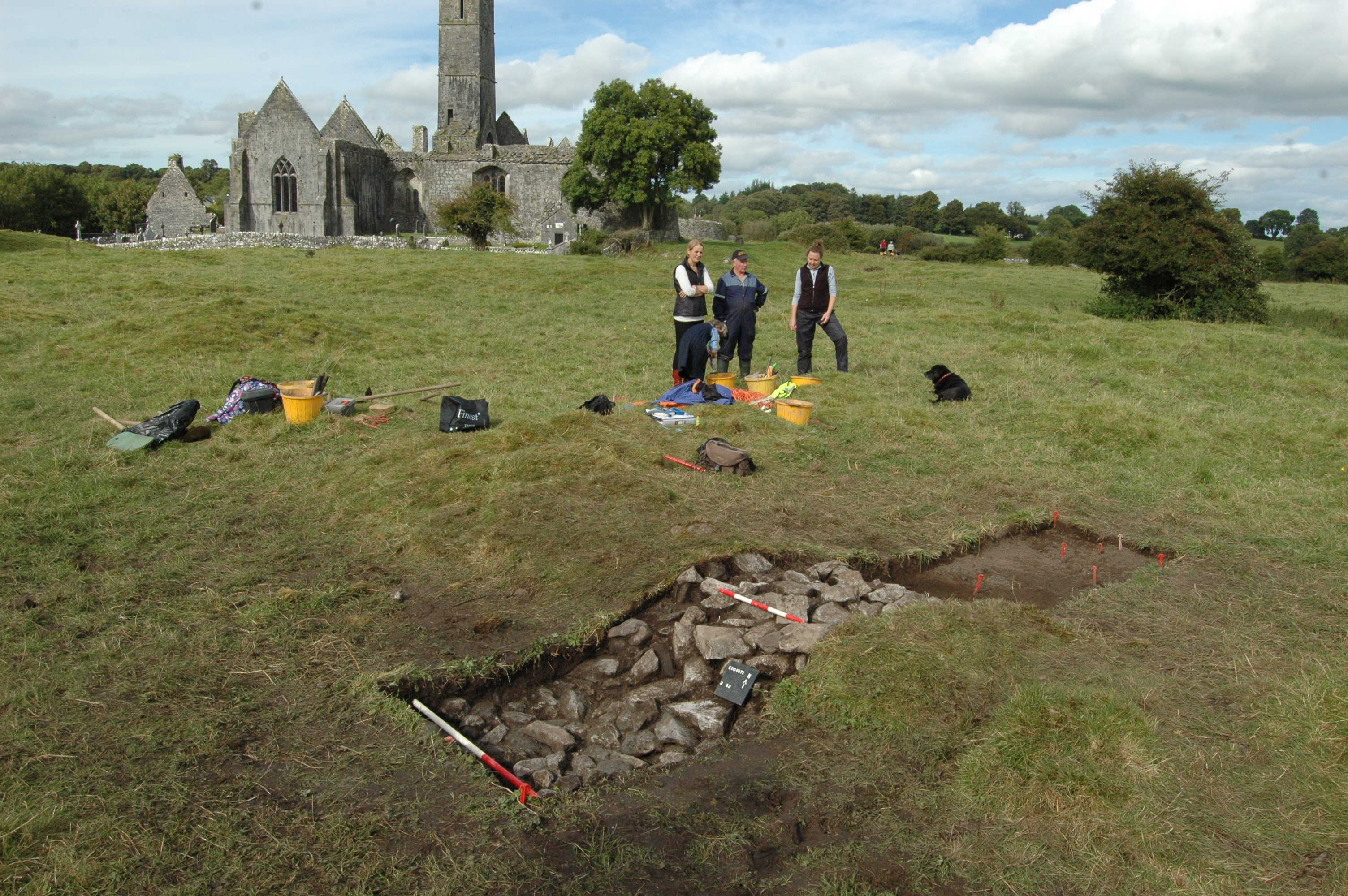 The two trenches investigated two buildings in different parts of the site. One trench targeted a large building known locally as 'the school'. The excavation revealed that this building was partly constructed over the backfilled moat of the Norman castle that stood on the site before the friary was built in the 15th century. Also found in the trench was a lead pistol bullet that could date to between the 17th and 19th centuries. It is known that Cromwellian soldiers sacked the friary and murdered friars there in 1651 and also that Jacobean cavalry retreating from the Battle of Aughrim in 1691 camped in the fields next to the friary on their way to Limerick. Another possibility is that the pistol bullet was from a duel fought by the Moyriesk born and Quin buried John 'Fireball' MacNamara (c. 1750-1836).

The second trench investigated a building that fronted onto a small road seen within the earthworks. The evidence from the trench suggested that this was a house and indicated animal butchery taking place nearby. Part of a clay tobaaco pipe dating to the earlier 17th century was found on the floor of the house and this suggests that the building had fallen out of use by then. A sherd of pottery from a later 13th or earlier 14th century wine storage jug from Adare was also found.

The excavation report for the site can be downloaded here. 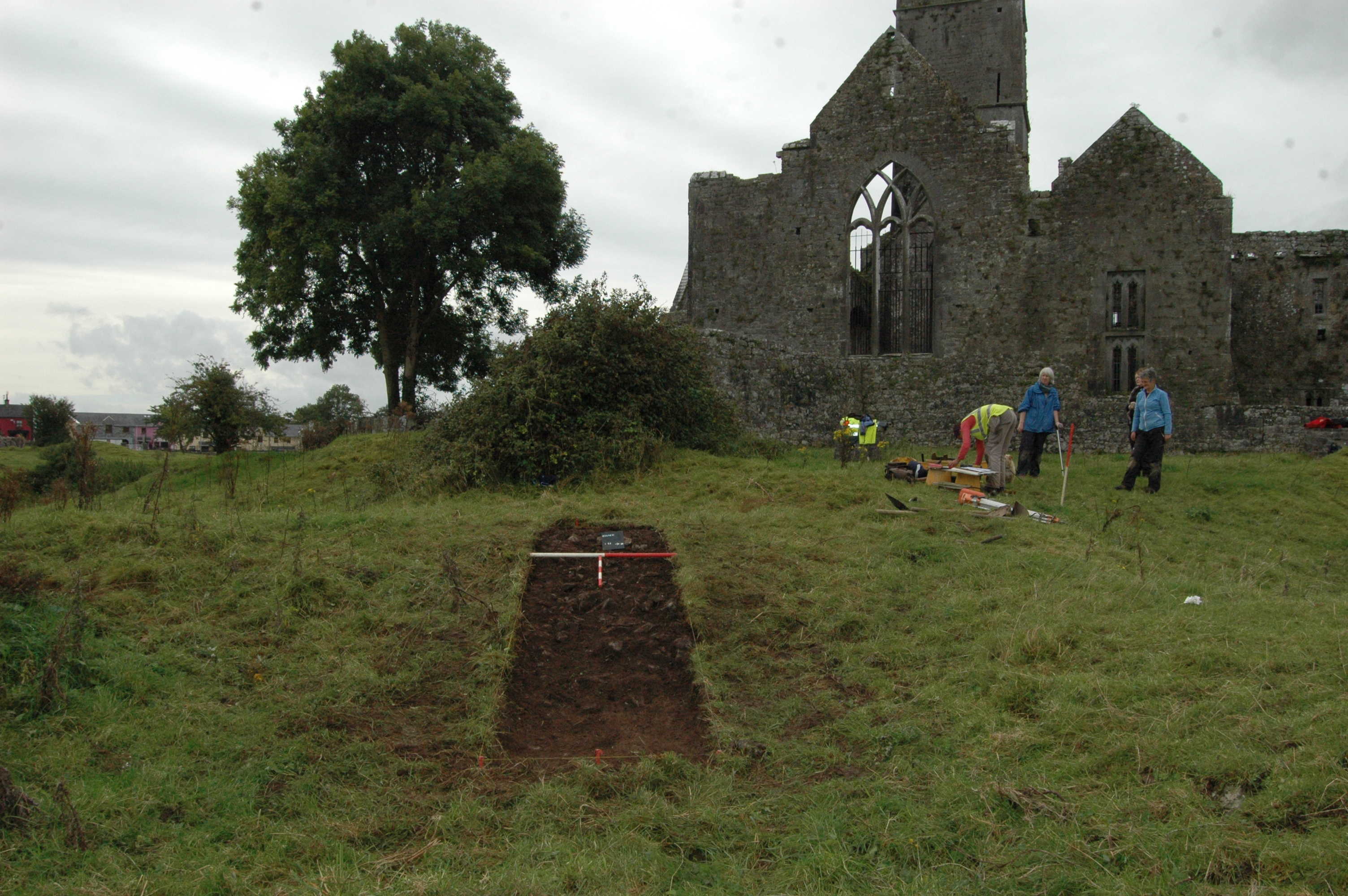 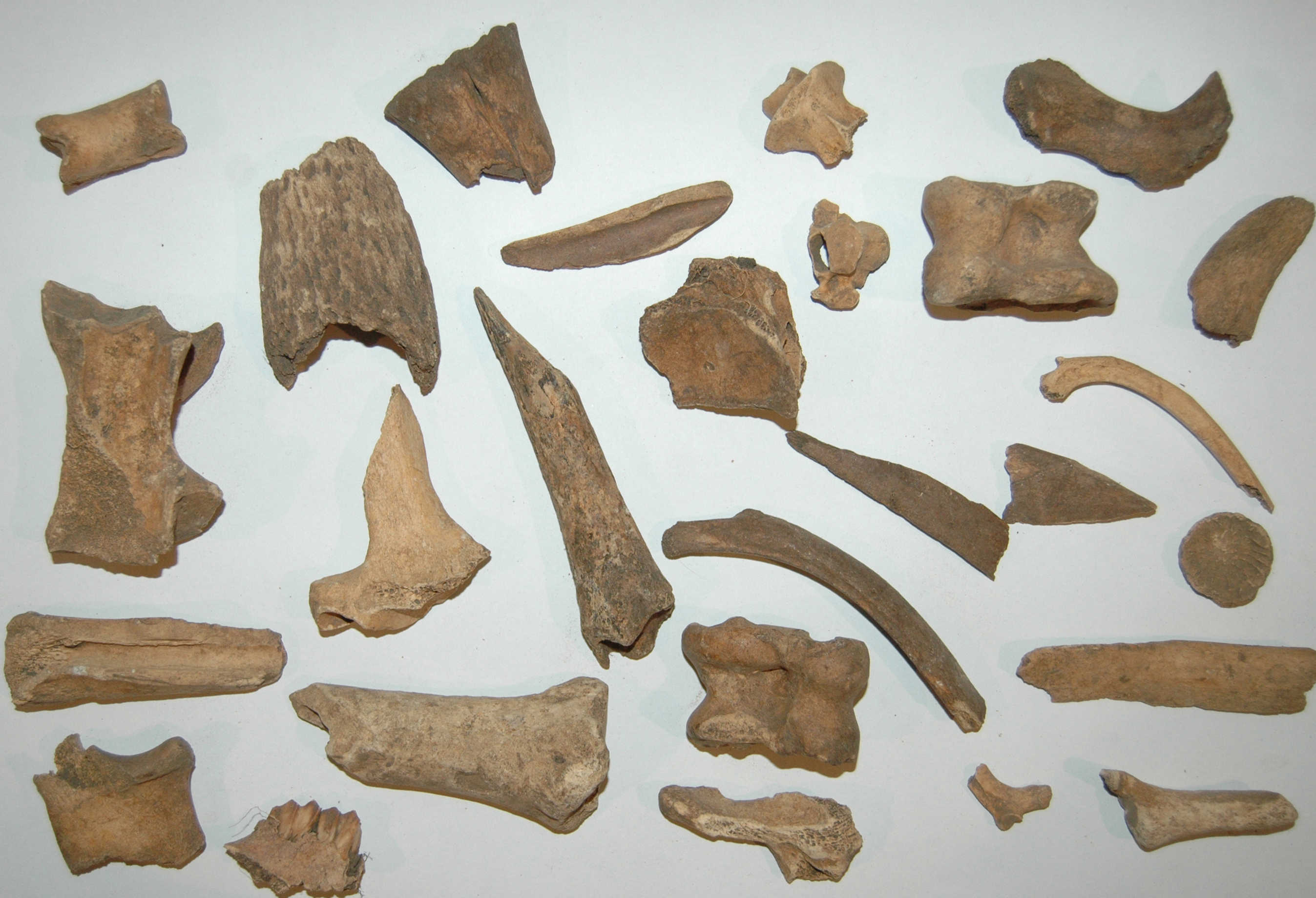